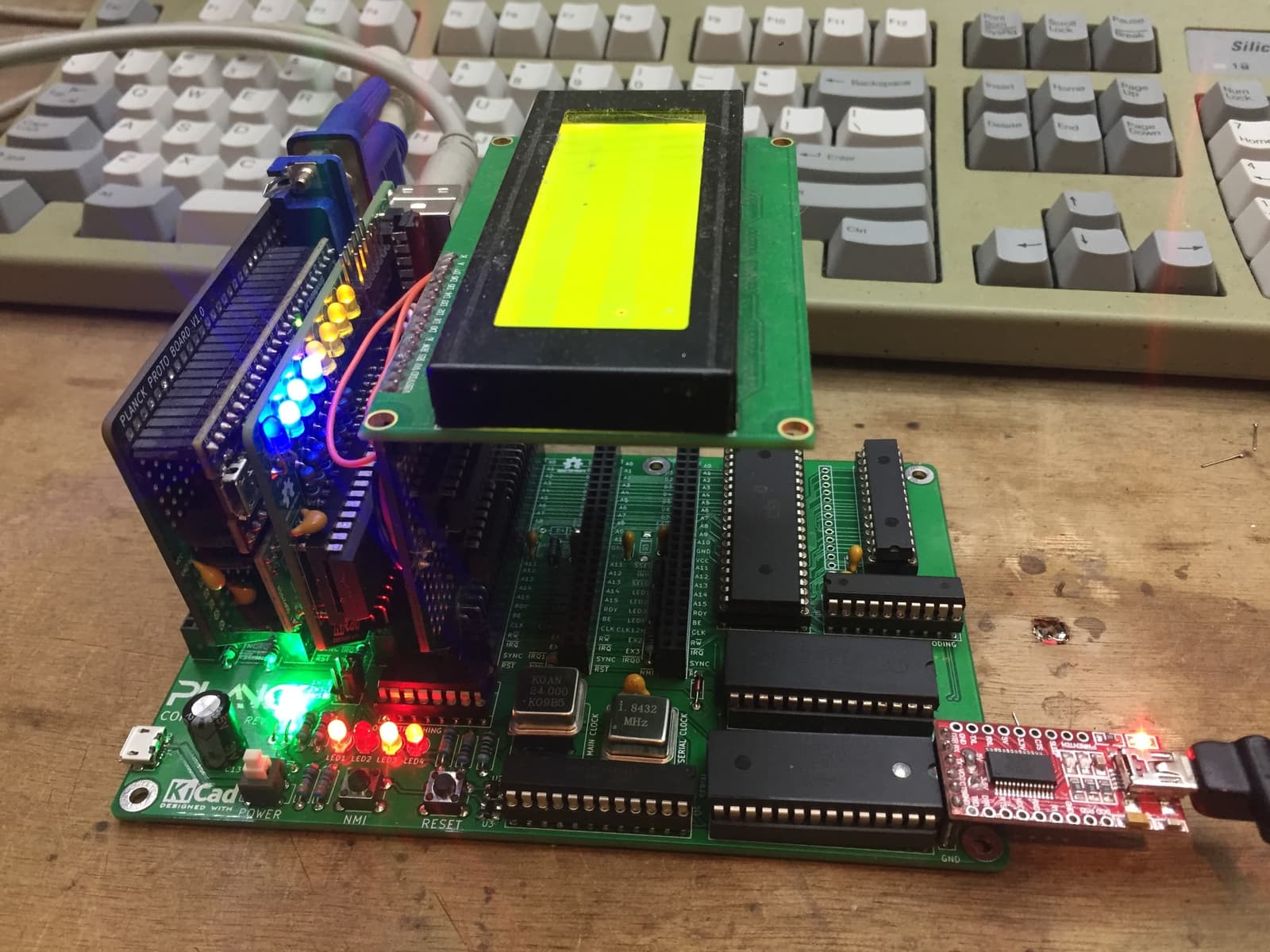 This is a hobby computer based on the 65C02 processor. (I use 6502 and 65C02 interchangeably in this document, but there are some differences)

There are already many computers based on the 6502 processor, old ones such as as the Apple 1, Apple II, Commodore 64 and many more; and many more recent ones, from homebrew affairs on prototype board, to complete replicas of old systems.

The one that most closely resembles the Planck is probably the RC6502, itself based on the RC2014 (which uses a Z80 processor) with adaptations to the expansion bus to make it fit the 6502 processor.

Planck is a new variant on this type of expandable machines with a different set of tradeoffs.

The constraints for its design were the following:

These requirements resulted in a computer based on a motherboard hosting RAM, ROM and CPU and extension slots for expansion cards to plug into.

The Planck hardware pages explains more about the functionality of the backplane and of each basic extension boards.

Of course, you can design your own expansion boards to make the computer do whatever you decide